Dr. Patricia Quigley, Ph.D., MPH, ARNP, CRRN, FAAN, FAANP, Nurse Consultant, is a retired Associate Director of the VISN 8 Patient Safety Research Center of Inquiry and is both a Clinical Nurse Specialist and a Nurse Practitioner in Rehabilitation. Her contributions to patient safety, nursing, and rehabilitation are evident at a national level, with emphasis on clinical practice innovations designed to promote elders’ independence and safety. For over 40 years, Dr. Quigley has practiced in the field of rehabilitation nursing, including 32.5 years with the Veterans Administration. She serves as a patient safety expert for fall and injury reduction to the American Hospital Association, Washington State Hospital Association, Alaska State Hospital and Nursing Home Association, and their Hospital Engagement Networks – now Hospital Improvement Innovation Networks. She also served as fall and fall injury prevention subject matter expert for the 2013 AHRQ National Falls Toolkit and the 2008 and 2013 Institute for Healthcare Improvement Reducing Serious Injurious Falls on Medical Surgical Units. Dr. Quigley serves as a committee member of the NQF Patient Safety Standing Committee and past member of the NQF Patient Safety Complications Steering Committee, nominated by ANA. Her leadership resulted in redesign measurement of patient safety indicators for falls and fall injuries that link organizational, unit, and patient-level variables that are relevant and evidence-based. With a legacy as primary and co-investigator on health services and rehabilitation research, she has conducted large-scale studies to examine trends and cost savings on national interventions to reduce harm from falls. Dr. Quigley has served as principal or co-investigator in 35 research studies, totalling over $7.5 million. She has a track record of interdisciplinary research with health economists, epidemiologists, and statisticians for population-based outcomes research. Dr. Quigley has co-authored and served as associate director for eleven VISN 8 Patient Safety Center of Inquiry center grants from 1999-2016, totaling over $13 million. She has authored or co-authored more than 60 peer-reviewed manuscripts and more than 50 non-peer-reviewed manuscripts, book chapters, products, and media works. Dr. Quigley is grounded in practice, with a legacy of leadership in healthcare outcomes related to functional improvement, rehabilitation outcomes, and continuum of care. For over 20 years, she led an interdisciplinary clinical team in the development of evidence-based assessment tools and clinical guidelines related to assessing veterans’ risk for falls and fall-related injuries across multiple medical centers. Additionally, she provides ongoing consultation to the nursing staff, quality management, and patient safety coordinators for management of complex patients at risk for falls. 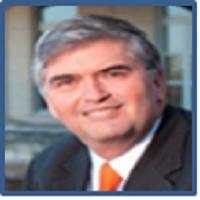 Dr. George Perry is currently the dean of the College of Sciences and professor of biology at the University of Texas at San Antonio. After graduation in Zoology from University of California, Santa Barbara, he headed to Scripps Institution of Oceanography and also studied at Hopkins Marine Station of Stanford University and the Marine Biological Laboratory of Woods Hole and obtained his PhD in Marine Biology in 1979. Dr. Perry joined the faculty of Case Western Reserve University in 1995, where he currently holds an adjunct appointment. He is a Fellow of the American Association for the Advancement of Sciences, Microscopy Society of America, Royal Society of Medicine, Royal Society of Chemistry, Society of Biology and the Linnean Society and past-president of the American Association of Neuropathologists. He has been elected member of the Spanish Royal Academy of Sciences, Mexican Academy of Sciences and Academy of Sciences Lisbon; Iberoamerican Molecular Biology Organization, Dana Alliance for Brain Initiatives and won the Distinguished Professional Mentor Award from the Society for the Advancement of Chicanos and Native Americans in Science, Senior Investigator Award from the International College of Geriatric psychoneuropharmacology, Senior Fulbright Fellow and the National Honor Plaque of Panama for exceptional contributions to Neuroscience. Dr. Perry is on Board of the National Organization of Portuguese Americans and serves as Director of Education and Research. 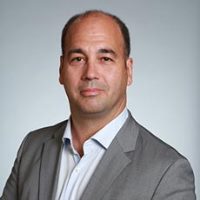 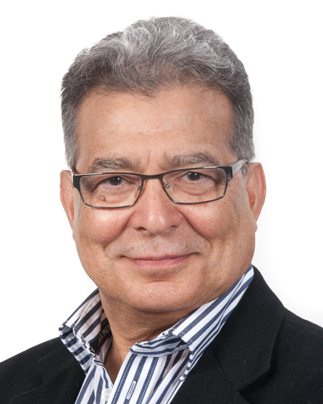 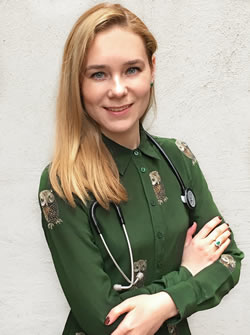 Dr. Elena Frid is a Board Certified Neurologist and Clinical Neurophysiologist, widely regarded as a investigating diagnostician, adviser and treatment strategist specializing in Infections Induced Autoimmune Disorders. With clinical interests in the Autoimmune Neurology, she often sees patients (children and adults) with complex cases of Lyme disease and co-infections resulting in multiple neurological complaints. Her many areas of expertise are: General Neurology, Headaches & Migraines, as well as sub-clinical focus in Autoimmune Neurology, Neuropsychiatric and Neurodegenerative Disorders. Using cutting edge diagnostic tools and clinical expertise she is able to help differentiate between idiopathic vs organic causes of various neurological disorders. Her knowledge has been sought by patients from all over the United States, as well as Canada and Europe. Dr. Frid attended a coveted BA/MD program at Robert Wood Johnson Medical School (RWJMS) and went on to North Shore-LIJ Health Caare Systems (currently Northwell) where she completed residency in Neurology and fellowship in Clinical Neurophysiology (EMG / EEG). Dr. Frid is a member of the American Academy of Neurology (AAN). She is a voting member of the International Lyme and Associated Diseases Society (ILADS), Medical Adviser to Project Lyme organization, Vice President of Robert Wood Johnson Medical School Alumni Association, and a member of the Independent Physicians of New York (IDNY). Upon request from families, Dr. Frid frequently collaborates on complex pediatric cases of Neuro Lyme disease with Dr. Charles Ray Jones, a world leading pediatric Lyme disease specialist with over 40 year career experience in dealing with children with Lyme disease and other Tick Borne Illnesses.

Park have Korean Board of Anesthesiology and Pain Medicines, and he has completed his Ph.D. at the age of 38 years from Kyungbuk University, South Korea. Heis the chairmen of Daegu Wooridul Spine Hospital, South Korea. He has over 50 publications and has been serving as an editorial board member of reputed Journals. 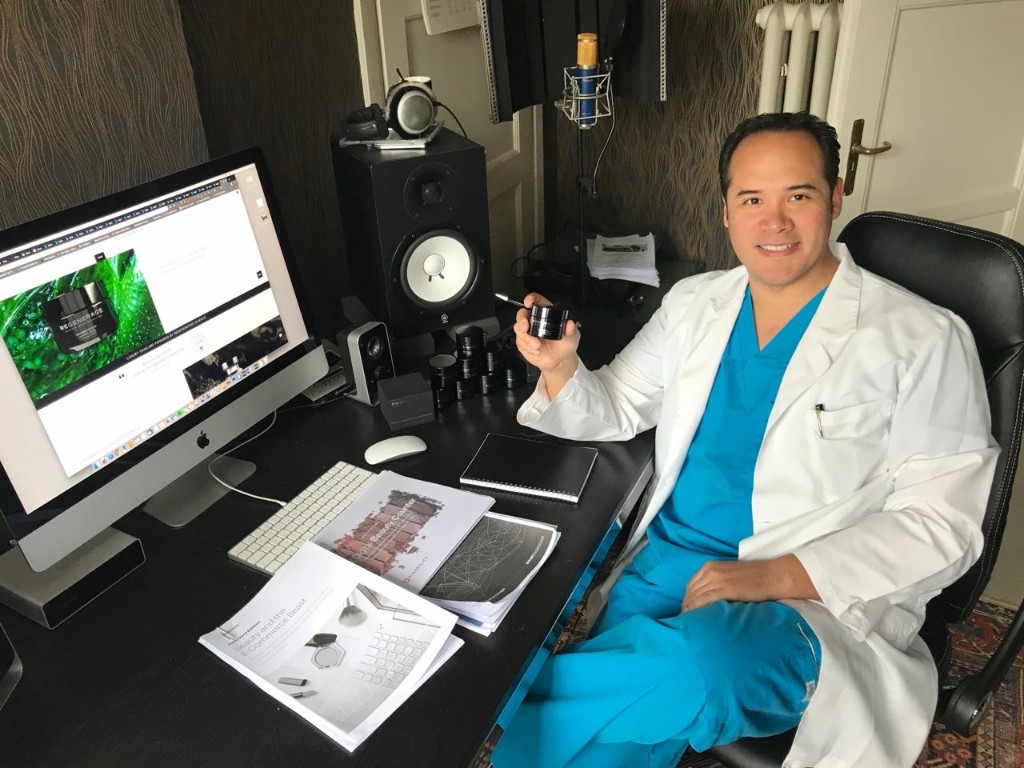 Dr. Osorio is a innovative businessman with an distinct entrepreneurial mindset concentrated in adding value on the areas of Biotechnology (mRNA), Reprogramming & Regenerative Medicine for translational use in humans and a variety of clinical applications aimed for both the private and the public health sectors. He is the CEO of RegenerAge Clinic and RegenerAge Beauty. VP and Clinical Developer for Bioquark, Inc., CCO at Reanima Advance Biosciences Project. President at Dr. Jois an anti-aging, beauty, and cosmetic products endorsement company. VP and Chairman of the WAMS Americas Division. Earned MD degree at Westhill University. Diplomate in aesthetic medicine (UAG), Advance Fellow by the ABAARM, visiting scholar at UNC at Chapel Hill in Dermatology. Fellow in Stem Cell Medicine by the A4M and USF, Business Diplomate at ECA, enrolled Master on Health Sciences at Victoria University. Has appeared on several occasions on International media, some of his latest broadcast appearances are CNN español, TV Azteca, Excelsior Newspaper, Medicable, PharmaBoard Room, and Podcasts among others. His public appearances as a speaker at the 2018 RAADfest (San Diego), 3rd International Conference on Molecular Medicine and Diagnostics (Dubai), Global Academic Business Forum on Tissue Engineering and Regenerative Medicine (Baltimore), Second International Congress on mHealth (Shiraz), 6th International Conference on Tissue Engineering and Regenerative Medicine (S.F), 11th World Congress on Cell & Tissue Science (Tokyo), 17th International Conference on Neurology and Neuroscience (Toronto), 9th International Conference & Exhibition on Tissue Science and Regenerative Medicine (Las Vegas) among others, makes him a pioneer on the Regenerative+Reprogramming Medicine Field. His passion for football, brought as a result the Dr.Jois Foundation A.C aimed at helping those American football athletes who have sustained injury get another chance through the Regenerative & Reprogramming Medicine. 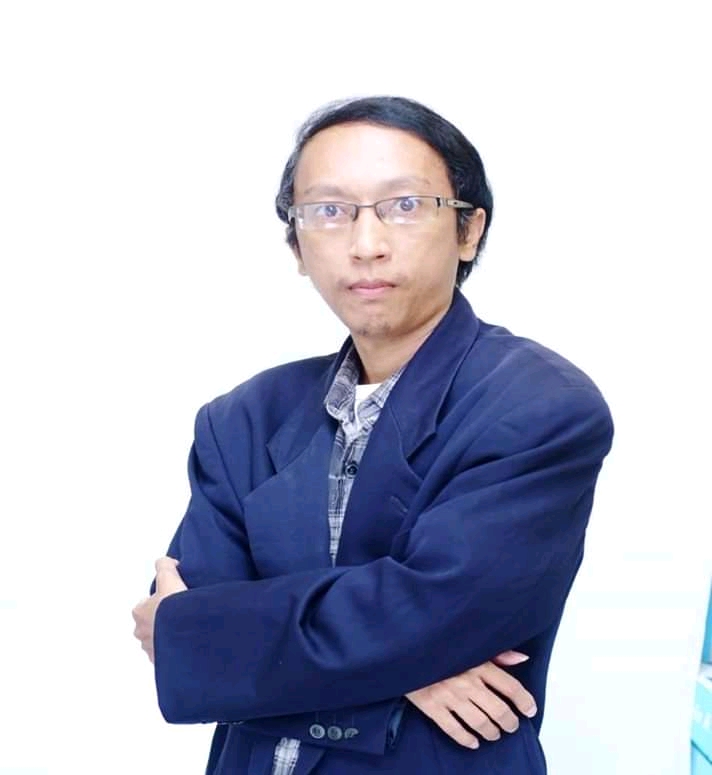 Uqbah Iqbal is a Socioeconomic Researcher at Research for Social Advancement. Winning Second Place in Malaysian Historical Essay Writing Competition 2013, he was the recipient of Research University Fellowship Scheme, Graduate on Time Award and Outstanding Student Award from Faculty of Social Sciences and Humanities as well as the Youngest Ph.D. in History Holder and the only Malaysian achieved a Ph.D. in History in conjunction with the 43rd Convocation of Universiti Kebangsaan Malaysia. He's authoring notable books/ebooks such as The Historical Development of the Malay Nationalism Before Independence, The Historical Development of the Malay Society Economic Nature During Pre-Colonial Era, The Historical Development of British Investment in Malaya Before the Second World War, The Historical Development of Foreign Investment in the Formation of the Malaysian Economy and Sejarah Pemikiran Pandang Ke Timur: Kepentingan Jepun Dalam Pembangunan Sosio-Ekonomi Malaysia (1906-1980). His publications have appeared in a wide range of international and national journals such as TAWARIKH, SUSURGALUR, Management and Administrative Sciences Review, Social and Basic Sciences Research Review, Jurnal Kemanusiaan, Jurnal Sejarah, Jurnal Pengajian Melayu, Jebat, International Journal of Social Science and Humanities Research, Asia Pacific Journal of Education, Arts and Sciences, Asian Social Science and Geografia. He's also actively in the editorial board such as Asian Social Science, International Journal of Art and Literature, International Journal of Archaeology and History, American Journal of Social Sciences, Asia Pacific Journal of Education, Arts and Sciences, Social Sciences, Humanities and Social Sciences, History Research and Pratidhwani the Echo. Through his involvement as a reviewer with the Nonfiction Authors Association, 15 of his reviewed books received Awards.

Be a member and support us